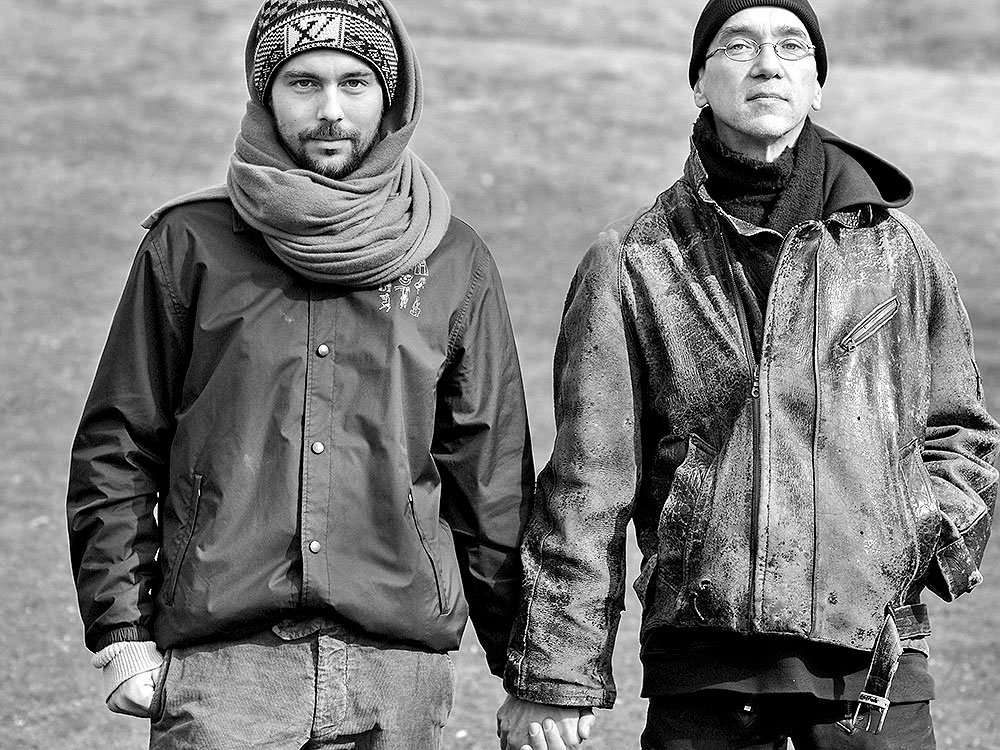 Feedback leads a life of it’s own. It is an uncontrollable sonic accident, usually ear-numbingly loud but sometimes also delicately ethereal. The essence of feedback is being released from bonds, its path is always one of intensification and escape. Its a physical phenomenon and hard to predict.
The duo G.A.M.S. makes music on the edge of losing control. A restless drummer works his way through waves of feedback, which span the full spectrum of frequencies from pumping bass to the highest tones. With the pulse of the feedback Andi Stecher’s drumming, at times feverish and driven, then distanced and abstract, creates polyrhythmic structures. What comes into being is a maelstrom of sound and rhythm – music beyond every style, the power of which lies in its rawness.
Stecher and Möbius switch the roles of desired and undesired sound and thereby create pieces like archaic sculptures. Their music is raw and powerful, and can also be soft and etheric. Sometimes it feels like a delicate organic painting. But if there’s one thing that G.A.M.S. music certainly isn’t that’s predictable. The duo uses freely improvised spaces and reacts to unplanned sonic events. And despite all it’s seeming randomness, G.A.M.S. still manage to compose clearly structured pieces and to reconstruct these in their live program.
Through a cut-up technique patterns of feedback sound fragments are juxtaposed and interlocked in varied combinations. These hypnotic loops move between rhythm and melodies, a web that is carried along by a driving drum set, accents of sub-bass and layers of feedback drones.
The playful drum style of Andi Stecher is far removed from conventional rock drumming. Instead he experiments with various materials for instance by preparing his cymbals with chains or putting different objects on the skin of his drums. He makes offbeat meters and complicated grooves sound easy and light. The same goes for changes in timing or dense textures comprising ghost notes. On the other hand he plays straight forward beats dynamically and with power. With the help of a guitar amp, a microphone and effects Guido Möbius creates live feedbacks which can be massive and noisy but also fragile and gentle. Fleeting and concrete sounds join into dense textures. Feedback is never static rather always in a process of change.
Musical guests on their debut album are ex Napalm Death drummer and Blast Beat inventor Mick Harris and the versatile singer Yuko Matsuyama. The Dadaist no-wave track „Lalaland Symbiose“ features Felix Kubin on vocals and was released as a 7inch including a remix by the Italian producer Unprofessional.