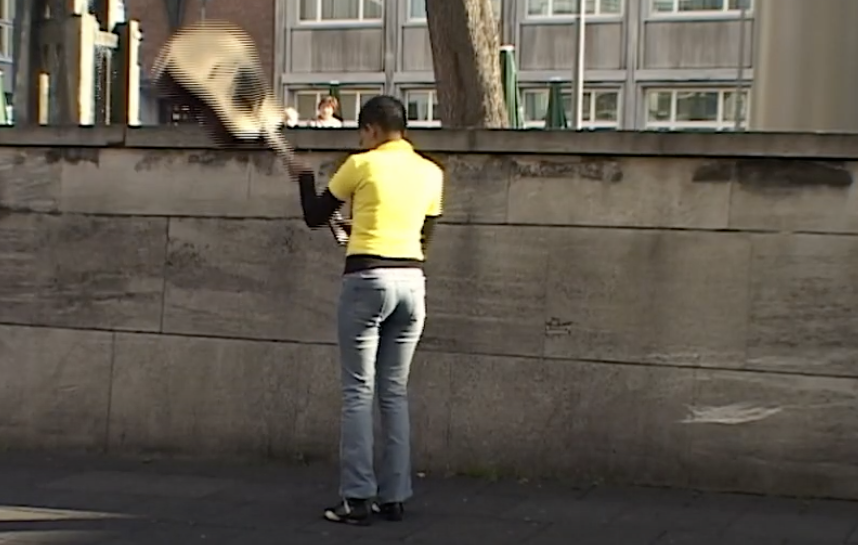 A west german town in the late nineties. Passers by distroy musical instruments while passing by, smashing guitars on the sidewalk, in front of the bus stop, in a tunnel. Their bodies are trapped in micro loops. They have to repeat their movements over and over again.
The film maker Frank Zerban filmed these scenes back in the days together with Jan Litzinger, Sascha Köth and Manuel Hernandez y Nothdurft under the Moniker Super 2000. The track „How To Never Make Up“ was released on „a million magnets“ (emphase records / a-Musik), the new album of Guido Möbius.