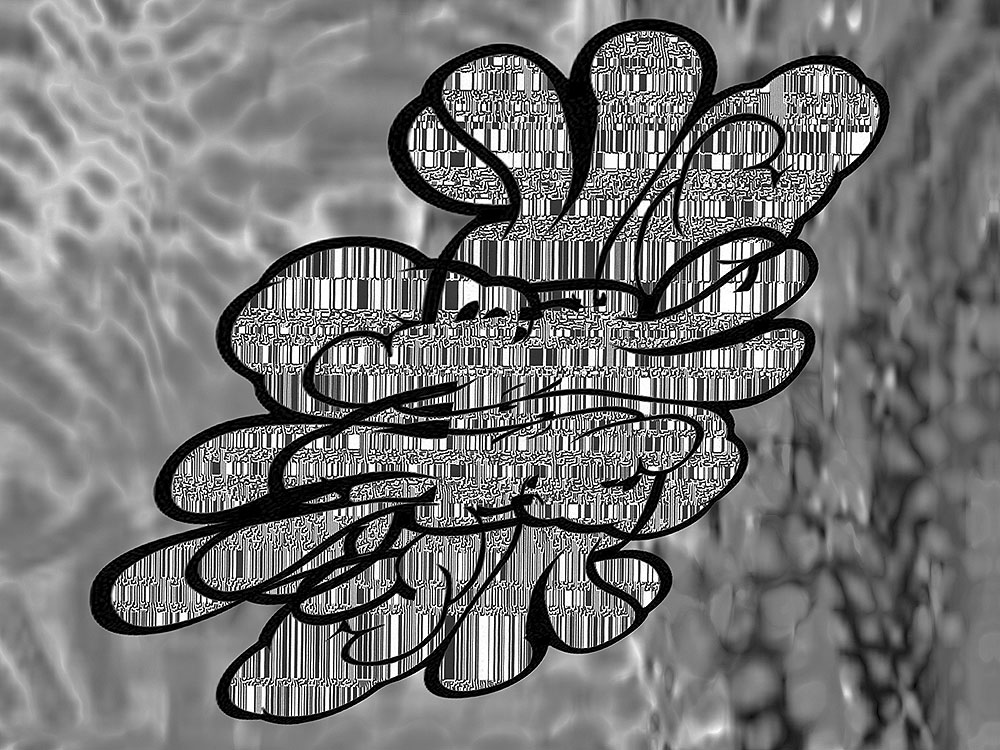 Jemh Circs is another guise for Black To Comm’s Marc Richter. In contrast to his usual analogue tape and vinyl based sound, in Jemh Circs he works with digital sources by primarily sampling modern Pop Music and sending chunks of it through a variety of arcane transformations and mutations.
On his latest record he deconstructs the hypermodern sound of popular music with a Post Punk attitude, energy and primitivism. Richter’s combining disparate elements that shouldn’t really work together but somehow all the chaos is making strange sense creating a collection of oddly diverging sonic vignettes with a surreal and anarchic spirit. This is music deeply rooted in the present but still difficult to pinpoint to a certain year or style.
„(untitled) Kingdom“ converts a seemingly one-dimensional concept into a complex puzzle of ideas, sounds and narratives; completely assimilating the original sources and transforming them into novel entities with an unexpected melodic and rhythmic quality.
The overall effect is quite remarkable. Each track is like a hologram of pop music itself, a tiny part that reflects the whole. You almost feel that you could open them out and re-create entire popular music cultures. We’ll be grateful for that when the next solar storm fries all of our hard drives. (Ian Sherred – The Sound Projector)
In that way Jemh Circs is a record about process – not just how Richter loops and distorts and mutates his samples, but how the sounds of pop music create a particular sonic signature, one that gets more interesting the farther they’re pulled from their original context. (Marc Masters – The Out Door)
If you’re up for a challenge and don’t mind a bit of neural vexation then check Jemh Circs debut out, odds are you won’t be having this much fun trying to re-assemble your frontal lobes with much of anything else this year. (Santa Sangre)
Recycling random audio off YouTube, Jemh Circs’ process couldn’t be less sentimental, but the results turn out to be sneakily emotive. (Philip Sherburne – Pitchfork)
Landing somewhere between early James Ferraro and Spencer Clarke, one of Merzbow’s more colourful whirligigs, and an asylum fitted with walls of TV screens playing every YouTube video at once, it’s not for the casual listener, but those who like their musical data dense with compressed information will be left reeling by the end of the record. (Boomkat)
Much like the first Jemh Circs album, (untitled) Kingdom is a deranged and fractured rabbit hole of cannibalized and re-purposed YouTube clips, though it feels like Richter has gone a bit deeper down that uniquely post-modern path this time around: this is very much a disorienting and lysergic playground of gleeful experimentation and deconstruction from start to finish.  As such, much of (untitled) Kingdoms‘ appeal lies in its sheer otherworldly mindfuckery.  However, the album’s second half occasionally allows some unexpected vistas of alien beauty to break through Richter’s stuttering and kaleidoscopic fever dream. (Anthony D’Amico – Brainwashed)